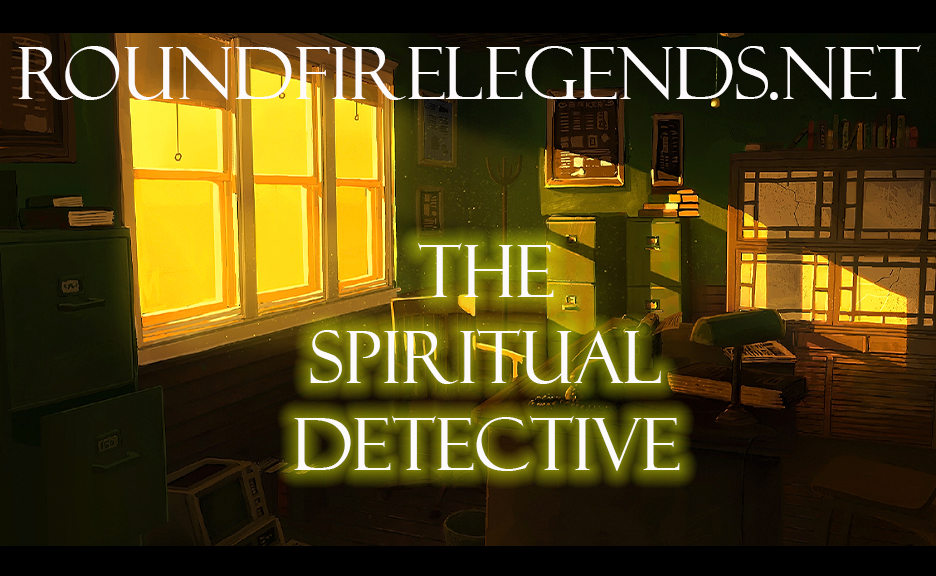 A man returns to the private eye he hired to find his missing joy, but the findings might be more than he bargained for.

Mr.Westwood dabbed his handkerchief on his brow, doing his best to put out of mind the aching discomfort of the wooden chair the Investigator pointed him to before himself falling into a much more comfortable chair at the other side of the desk. The seat was not nearly large enough to properly support a man of Westwood’s size and the rigid backrest propped him in an awkward, unsuitable posture, putting a strain on muscles he never knew he had.

If that wasn’t enough, the small third-floor office was stifling hot, even with the closed blinds shutting out the late August sun and the stand-up fan in the corner splashing his face with spurts of cool, flowing air. Beads of sweat dripped freely down Mr.Westwood’s all but non-existent hairline as he nervously stole glances at the well-tailored stranger, about ten years his junior, with a pencil mustache and slicked-back hair, standing next to the Investigator’s desk.

“I hope you don’t mind,” said the Investigator to Mr.Westwood, hands in front of him clasped together on the desk. “But I brought in some outside help to work on your case.”

“Whatever you think may help,” said Mr. Westwood, returning the stranger’s neighborly nod.

The Investigator opened the bottom desk drawer and withdrew a large bottle of Johnny Walker Blue Label gripped by the neck, and, in his other hand, two short glasses. He placed them on the desk next to the phone.

Mr.Westwood coughed into a closed fist. “No…No, thank you.”

“A drink in the morning and a drink at night; that’s what I always say.”

Mr. Westwood looked at his watch. “It’s five in the afternoon.”

The Investigator returned a shrug of indifference. “Oh, well. It’s five o clock somewhere, isn’t that what they say?”

“I don’t think that makes much sense in this case…”

The Investigator’s eyes shot open. “Yes! This case! That is why we are all here. Pay attention, now!”

He rested a gentle hand on the standing man’s shoulder. “You may begin, doctor.”

“In the spiritual sense,” clarified the Investigator as he twisted off the cap to the bottle and poured himself two fingers plus two fingers into a short glass.

The Investigator swallowed a mouth full of whiskey without so much as a blink, smacking his lips afterward and letting out a crisp, “Aaaah” before continuing on.

“I’ve been watching you, Mr.Westwood,” said the man with the pencil mustache, turning toward the window and prying open the blinds with two fingers, peering down into the street. Outside, the honks and motor hums of rush hour traffic bled into the office.

“Me?” squeaked Mr.Westwood. “You think I had something to do with the disappearance?”

“Please, Mr.Westwood,” the Investigator interjected. “The doctor’s time is very valuable, you are paying a lot of money for this! Let him say what he has learned of your case.”

“Thank you,” said the doctor. He continued on, “Mr.Westwood, of course you had something to do with it. At work, you see your co-workers as your competition rather than your companions, leaving you with the feeling you are always under attack. Not to mention your job at the factory is a far cry from what you imagined yourself doing as a young boy. This fills you with contempt and self-loathing.

“When you get home from work you read the paper and watch the news, seeing the worst events occurring throughout the world and leaving the future looking bleak and unfruitful.

“You smoke marijuana daily, telling yourself and others that it’s strictly for relaxation purposes, though at this point you know it has grown into full-blown dependency. You feel the guilt of not only succumbing to addiction, but for lying to others and, most importantly, yourself.

“You visit pornography websites at least twice a day, giving you a sense of insecurity about the size of your own genitalia, which is much, much smaller than those you see on the screen.

“You avoid your parents and old school chums because you feel that you haven’t accomplished enough in life and, like your view on your penis, it embarrasses you enough to grant seclusion.”

The Spiritual Doctor turned to face Mr.Westwood with a dignified grin, “And that, Mr.Westwood…is why you can’t find joy.”

Mr.Westwood cleared his throat and leaned in close. “Joy. My sister, you idiots! She’s been missing for three weeks!”